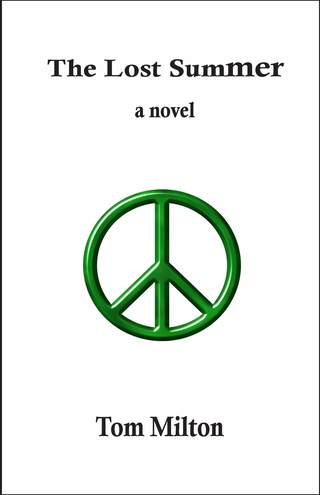 After her sophomore year of college Brigid McBride spends the summer with her best friend Laura Hughes, living in New York City and demonstrating against the war in Vietnam. It's the summer of 1968, a summer of love and a summer of violence when the nation is divided on the issue of the war. Brigid and Laura, who are nursing students, are sharing an apartment in the East Village with Kieran O'Donnell, a Jesuit seminarian who is planning an action against the draft board. Brigid is in love with him, and Laura is in love with a conscientious objector who fled to Canada to escape the draft. When they disagree on tactics Laura departs to join her boyfriend in Canada while Brigid remains at the apartment in the hope of getting Kieran to love her as she loves him.

Over the years since that lost summer Brigid often thought about Laura, and she imagined what could have happened to her, but she didn't find out what actually happened until she met with a police detective, thirty-seven years later.

He had left a message with her mother, who was home at the time. Her mother never paid attention to the caller ID but automatically picked up the phone whenever it rang, out of habit from the years she had spent attending the phone in a clinic where she worked, and on a piece of note paper she had neatly printed the name of the caller, Vijay Patel, and his phone number. She had also noted that he was a police detective.

Brigid returned his call as soon as she got home from work, but he didn't answer, so she left a message, hoping they wouldn't end up playing a long game of phone tag. She had no idea why a police detective would call her, and she was curious, though not concerned. As far as she knew she hadn't done anything that deserved a police investigation.

The call was a topic at that night's dinner, which they ate as usual in the dining room. Her mother had cooked a casserole of chicken with garlic and white wine with carrots, new potatoes, and only enough tomato to make the sauce faintly pink, a long way from the hearty red sauces that Brigid remembered from her childhood. Her mother, whose parents were immigrants from Calabria, had ventured several years ago into Northern Italian cooking, with recipes from a popular cookbook by a woman from Emilia-Romagna. And now instead of red wine they drank white wine with their dinner.

Brigid's adopted daughter, Nhu, had showered after work and changed into the comfortable clothes she wore around the house. She had come home an hour ago after completing her shift in the emergency room at St. John's Hospital, her need for sustenance

having priority over her need for rest. Though she was only five three and weighed no more than a hundred ten pounds, on these evenings after a shift she ate like a famished linebacker.

"What do you think the detective wanted?" her mother asked while passing the casserole to Brigid. Her mother, who was now eighty-three, was as sharp as ever.

"I have no idea," Bridget said, spooning some food from the casserole onto her plate.

"Detective?" Nhu said, patiently awaiting her turn with the casserole. "What detective?"

"A detective who called your mother today."

Nhu paused long enough to pile her plate with chicken, carrots, and potatoes. Setting down the casserole, she asked: "Is it someone you know?"

"I don't know any detectives."

"I know a detective," Nhu said after chewing and swallowing a mouthful of food. "They brought him in last week with a gunshot wound."

"It could have been worse. The bullet hit him in the shoulder, but it was less than five inches from his heart."

"He was lucky," Brigid said.

"Yeah. Carlotta, could you please pass the water?" When she was a kid, Nhu had called her grandmother Nonna, but around the age of sixteen she decided it was cool to call her Carlotta, and seeing that her grandmother thought it was cool, she had called her Carlotta ever since, though Brigid couldn't bring herself to call her mother anything but mom.

"He didn't say where he was from," her mother said, referring to the detective.

"He's probably from Yonkers," Brigid said. "Where else?"

"It could be anywhere."

"Yeah. Patel is a common Indian name. It's like Smith or Jones."

"He's a physician. A good one." Nhu was a physician assistant, which meant that she could do almost anything that a physician could do. "So maybe you did something, mom, that we don't know about."

Brigid laughed and said: "I've done a lot of things that you don't know about."

"You mean even Carlotta doesn't know about them?"

"Not even my mother knows about them." But as she said this Brigid was conscious of how hard it was to put something over on her mother.

"You never committed a crime, did you?"

"Yeah, I did. I got traffic tickets."

"That's not a crime. I mean a real crime like you can be put into jail for."

After a pause Brigid revealed: "I was put into jail once."

"For demonstrating against the war."

"You mean the war in Vietnam?"

"Yeah, that was the war of my generation."

"My generation too," Nhu said, having somehow made it to America as an orphan of that war, eleven months old.

"There's nothing to be sorry about. I'm blessed to have you as a mother."

Brigid reached out and covered her hand. "I'm blessed to have you as a daughter."

"And I'm blessed to have you as a daughter and a grand-daughter," her mother said, reaching across the table and covering both their hands.

"We're like a volleyball team," Nhu said, "before a match."

It brought back the time when Nhu played volleyball at St. Catherine College. She lacked the useful height for the sport but she played as a digger, a tough digger who would rather crash on the floor herself than let the ball touch it.

"Speaking of Vietnam," Nhu said, helping herself to seconds from the casserole. "I had a patient last night who was a veteran. He was your age, mom."

"What was he there for?"

"A kidney stone. It was stuck in his ureter, and he was in horrendous pain."

"I never had a kidney stone, thank God."

"I never did either," her mother said. "But your father had one. When I took him to the emergency room a nurse said it was the only thing a man could have that was anywhere near as painful as having a baby."

"Was it really painful having me?"

"I don't remember. Pain is an easy thing to forget."

"You mean physical pain," Brigid said, knowing from her experience as a psychiatric nurse that it could be almost impossible to forget mental pain.

"Oh, yeah" her mother said. "The pain from losing your father will never go away."

Brigid shared her mother's pain. She had been close to her father. She had inherited his Irish features: the fair skin, the reddish hair, and the green eyes. It was less than a year since her father had died from a heart attack, and she was still in mourning for him.

"I'm glad I had twenty-two years with him," Nhu said, taking a pause from ingesting food.

They were silent for a while, and then Brigid said: "Tell us more about your veteran."

"He was a nice guy. He said he was sent there when he was only nineteen. Imagine being sent to kill people at that age."

"It was evil," Brigid said simply.

"He said he was sorry for what he did there but he was glad that Vietnam is recovering."

"He must still have nightmares about it."

"He didn't mention having nightmares. We didn't talk much until I gave him a painkiller, and then he was so thankful he took my hand and held it for a while."

They are in silence for a while, and then her mother said: "You never told me you went to jail."

"I didn't want you to worry about me. But I did go to jail, and I spent a night there."

"How did you conceal that from us?"

"A priest got us out. He took responsibility for us, so there was no need for you and dad to get involved."

"A priest? What priest?"

"Well, he wasn't a priest yet at the time. He was only a seminarian."

Her mother frowned in disapproval. "When did that happen?"

"It happened the summer when Laura and I were doing our internship in the city."

"Why do you say that?" Nhu asked with her fork stopped above her plate. "Did you lose something that summer?"

"I hope it wasn't your innocence," her mother said.

"It wasn't, at least the way you mean. It was something in my heart and soul." She paused, then smiled. "But I've been greatly compensated. From both of you, I've gained so much more than I lost."

"Should we do the volleyball thing again?" Nhu asked.

Brigid laughed happily. "No, we don't have to. We know what we mean to each other."

That night she lay in bed, thinking. Her memory had been jogged by the conversation at the dinner table. In particular she remembered what it was like spending a night in jail with Laura and other demonstrators—the fear of impending punishment, the concern for her parents, the lack of sleep, the stink of armpits and excrement. Having Laura with her at least gave her some company, but it didn't give her much relief because she knew they were both in trouble. It was a long depressing night, but her spirits were lifted the next morning by the appearance of Kieran who had come to bail them out. They were carrying no identification, and like the others they had refused to provide any information about themselves. To get them released, Kieran had to reveal their names, but only on the condition that their parents wouldn't be contacted because he was taking responsibility for them. It must have helped that he was wearing clerical clothes, and though he was only a seminarian the police must have assumed that he was a priest. At that time, as Catholics, they respected priests.

For all his natural charisma Kieran was only twenty-five then, not much older than her daughter now. Of course, she herself was only twenty, and she looked up to Kieran as if he was from an older generation. She hadn't seen him in many years, but she had followed his career from the time when he resumed his Jesuit formation to when he published his latest book. He was now a highly regarded thinker in the fields of theology and ethics, a professor at Fordham University, and a popular speaker at events attended by Catholics who believed that their church should play a greater role in achieving social justice.