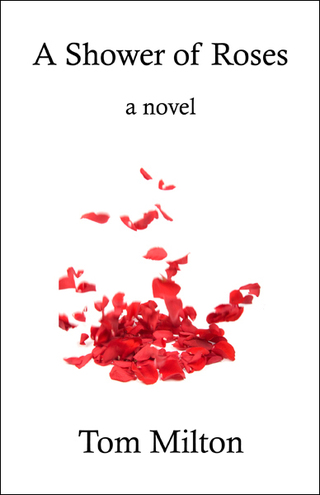 A Shower of Roses

Eva, a pediatric nurse, was happily working in a New York hospital when she fell in love with Marek, a Polish exile who works undercover for the CIA. They are married and living in London in the spring of 1981, and as Marek tries to foment a popular uprising in his homeland against the Russian-supported government, he draws Eva into a world of political intrigue where her love for him is severely tested.

More than two years passed, and during that time Eva was happier than she had ever been. She loved her work, and she was doing well at Hunter College. In May she would graduate with a bachelor’s in nursing, which would increase her salary and move her up the totem pole, though she didn’t care about moving up. She was happy where she was, caring for patients and doing little things for them, following the path to holiness that St. Thérèse had showed her, committed to her mission.

Then something happened that changed everything.

She and Ramona were in the Recovery Room, celebrating the fact that they had completed the program at Hunter, when a guy appeared in front of Eva out of nowhere. She was sitting on a barstool, and he approached her like a homeless person looking for a handout, appealing to her with a bottomless need in his dark eyes. For a long, long time he gazed at her as if she was the answer to his prayers.

Finally, in an accent that she associated with displaced persons, he told her: “Only you can save me.”

“Save you from what?”

“From the darkness of unending night.”

If it hadn’t been for that look in his eyes she might have laughed. Among the guys who had tried to pick her up, there had been a few who professed to be poets. But they had never gone so far. “Well, I don’t think you have the right person.”

“I know I do,” he said with conviction.

“How would you know? You just met me.”

“I feel like I’ve known you all my life.”

“But you haven’t,” she said, trying to resist. “And you don’t know a thing about me.”

“All the girls in this bar are nurses.”

“I’m sympathetic with children in the hospital, but not with guys I meet in bars.”

“Then let’s have dinner, so you can get to know me.”

“Why would I want to get to know you?”

Feeling exposed, she shied away from his unremitting gaze and turned to her friend.

She climbed off the stool and walked around the guy and headed for the women’s room with Ramona.

With the door locked behind them, Ramona asked: “Do you want to get rid of him?”

“Did you hear what he said?”

“Only you can save me,” Ramona said, imitating his accent. “And you know how? By having sex with him. That’s all he wants.”

“I think he wants more than that.”

“Yeah. He wants to have sex with you more than once, but then he’ll drop you like a hot pastel.”

“Is that what you think?”

She had a feeling that Ramona was right, but she wanted to find out for herself. “He asked me to have dinner with him so I can get to know him.”

“Yeah, I heard. And after dinner he’ll ask you to go to his apartment.”

“Then why would you have dinner with him?”

“I don’t know. I guess I want to know if he really meant it.”

“When he said you could save him?”

“Yeah. Does that sound crazy?”

“So what if he really did mean it? What would you do? Would you try to save him?”

“Why are you asking so many questions?”

“Because there’s something I don’t like about that guy, and I don’t want you to get hurt.”

“Well, I’d only have dinner with him.”

“I think you should get rid of him.”

Not without misgivings, Eva finally made a decision. “I’m going to have dinner with him.”

“All right. But please be careful.”