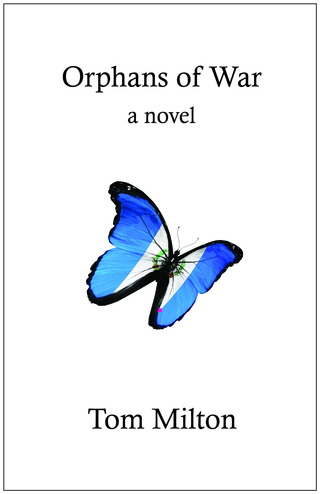 Rosario Suárez, an orphan of its civil war, returns to Guatemala with two missions: to teach in the school of her native village, and to find out what happened to her mother, who along with all the people in the village disappeared one night fifteen years ago. As soon as she starts asking questions she is warned by a powerful landowner not to pursue her investigation, and she realizes that he will do anything to prevent her from digging up the past.

They parked the jeep where Sister Alex had left the motorbike yesterday, and they climbed the path to the hut on the hillside.

There was no one in sight, so Miguel went to the doorway of the hut and called: “Kaguah? I’m the doctor from Dos Arroyos. I came to treat your foot.”

There was no response.

“Do you think he went somewhere?” Miguel asked.

“Then maybe he’s here.” Miguel stooped to clear the doorway, and Rosario followed him.

“Is he here?” she asked, beginning to feel that something was wrong.

In the dim light she saw Kaguah lying in a hammock. There was a dark hole in his forehead, with a trail of blood coming from it and going down the side of his face.

“What do you mean?” Miguel asked, turning to her.

“They killed him because of me.”

Miguel took her arm and helped her get up and led her out of the hut and sat her down on the chair, saying: “Now, take a deep breath.”

She did what he said, but it didn’t help. She kept seeing that hole in Kaguah’s forehead. “Oh, God, forgive me.”

He stood by her, resting a hand on her shoulder to calm her. “Tell me about it.”

“Why did you say they killed him because of you?”

“I have another mission,” she said. “Besides teaching the children, I’m investigating something that happened in Dos Arroyos fifteen years ago.”

“Why didn’t you tell me this before?” he asked, looking at her as if he was offended.

“I didn’t want to get you involved.”

“You mean you wanted to protect me?”

“I’m sorry,” she said, conscious of the fact that she was still protecting him.

After an uncomfortable silence he asked: “Do you work for a law enforcement agency?”

“No. I work for a human rights organization.”

“Okay,” he said tensely. “Now, how was Kaguah involved in your investigation?”

“He showed me where they took the people to kill them.”

“What people? I don’t understand.”

“One night fifteen years ago the military rounded up the people in Dos Arroyos and loaded them into trucks and took them away. I wanted to know where they took the people, and Kaguah showed me.”

“Where did they take them?”

“Did he see what happened to them?”

“No, he didn’t. But he heard shots. And the people were never seen again.”

Miguel looked at Kaguah. “Who did you think killed him?”

“People who don’t want me to find out what happened in Dos Arroyos fifteen years ago.”

“Well, if they only wanted to stop this man from talking, they could have made it look like an accident. But they also wanted to send a message.”

She recalled her talk with Don Nicanor, who must have decided that she needed more than a verbal warning. “How did they know that Kaguah showed me where they took the people?”

“They must have followed you.”

She peered into the forest, where they could be hiding in the deep shadow. “If they did, they could have followed me today.”

“Yeah, they could have wanted to make sure you saw what they did to Kaguah.”

“The message wasn’t for me. I came here as a doctor to treat Kaguah as a patient, not to get more information from him.”

She wished she hadn’t blurted out her reason for believing they had killed Kaguah because of her. By telling Miguel what she was up to, she had gotten him involved. “Then forget what I told you, or at least don’t tell anyone what I told you.”

“I won’t tell anyone,” he promised. “But I hope you got the message.”

“Are you saying I should give up my investigation?”

Of course he didn’t want anyone to get killed, but the way he said it he made her feel he really cared about her. “I came here with a mission to find out what happened fifteen years ago, and I don’t want to abandon it.”

“You came here with a mission to teach the children, and if you get killed on another mission, what will happen to them?”

“The church can find another teacher.”

She met his eyes, and she could tell how he valued her. “Well, let me think about it, okay?”