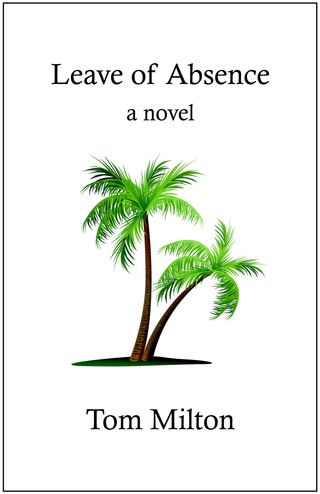 A man escaping from his troubled life encounters the brutal reality beneath the surface of a tropical paradise. He becomes involved in local issues of social justice that begin to look as if they can be resolved only by violence, and he gets into situations where his life is at risk.

“Welcome to Arabian Nights,” she said. “Is this your first time here?”

“We have a lot of German clients. Did you hear about us from one of them?”

“Ja, ja. Mine friend Helmut came here a month ago.”

“Well, he must have had a good time.”

“He had a great time,” Ronan said. “He had two young girls together. He said their names were Lucy and Elvira.”

Vilma appraised him. “They happen to be available, but you’d have to pay a premium to have them together.”

“How much is the premium?”

“So how much would be the total cost?”

“I will pay you four hundred and fifty dollars.”

Ronan reached into a pocket of his shorts and got out five one-hundred dollar bills and handed them to Vilma, who checked them with her beady eyes to make sure they weren’t counterfeit. It occurred to Ronan that she could probably tell if they were.

“I owe you fifty,” Vilma said as she left him to get the girls.

As he waited he worried that they would recognize him and give the game away, so he held his breath when Vilma brought them, handing him a fifty-dollar bill. He could tell from their eyes that they recognized him, but they were cool. Their faces had the hardened look of experienced professionals.

“Mine name is Fritz,” he told them. “You are beautiful girls.”

“Can we have the bridal suite?” Leticia asked Vilma.

“You can have it for two hours,” Vilma said.

“Gracias,” the girls said almost together.

He followed them into a colonnade that went around the main building. The bridal suite was at the end, and Leticia opened the door for him, standing aside with Elsa.

They went into the suite, and when the door was closed behind them Leticia said: “Gracias a Dios. That bitch didn’t recognize you.”

“We can’t go out the door,” Leticia said. “A guard is watching.”

“What about this window? Where does it go?”

“It goes out into the backyard, where they hang the laundry.”

Ronan peered out the window into the dimly lit yard. “Is there a gate to the street?”

“No. But we could climb over the wall.”

“Are you sure you can? That wall is higher than you are.”

“Come here,” he said, opening his arms to them. They were wearing short shorts and tops that exposed their belly buttons and their exaggerated cleavage. But they were kids, they were only kids, and his love for them was pure.

They came to him, and he hugged them, softly kissing the tops of their heads and saying: "Que Dios te proteja.”