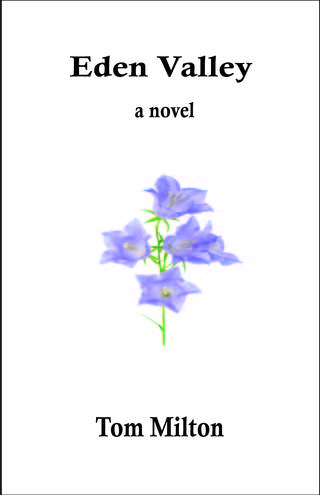 Lena McLean, who raises goats in a beautiful valley, confronts the discovery in the region of rich deposits of the sand used for oil fracking. The community is divided between those who want to sell their land for sand mining and people who want to preserve the environment. Taking a strong position against mining, Lena becomes the target of a large global organization that wants to exploit the frac-sand deposits.

Lena and Devon discovered the valley on a trip they took on a Saturday in late June to regain their sanity after an especially difficult time with their teenage girls, who over the past few years had been transformed from angels into devils. Patty, who was sixteen, had come home one night with the smell of whisky on her breath, and Brenda, who was thirteen, had returned from a sleepover with her hair dyed blue. As far as Lena knew, they weren’t having sex yet, but they were doing everything else, and they both had the attitude that they knew everything and their parents knew nothing. The only bright spot was that unlike other siblings she had heard about they got along with each other, they did things with each other, and they watched out for each other, to the point where they routinely lied to cover up for each other.

They were spending the weekend with their grandparents, who still lived in the house that Lena’s great-grandfather had built during the 1890s when Winona was booming. It was an elegant Victorian house with a wrap-around porch and ornamental woodwork that testified to the carpentry skills of its builder. Lena had grown up in that house, which still held a lot of mostly happy memories for her. And for some reason the girls behaved there, whether it was the ambience of the house or the patience of their grandparents.

Lena and Devon left their own house around ten in the morning, and they headed south on Highway 61, which ran along the Mississippi. They had no particular destination, and when they came to the junction where they had a choice of heading east across a bridge to La Crosse, continuing south toward Iowa, or heading west toward the endless prairie, they decided to head west, and they soon found themselves in a country that even though it was less than an hour from Winona, they had never seen before or imagined. As Lena later learned, the southeastern corner of the state was an area that hadn’t been flattened by glaciers, so it had kept its ancient hills, ridges, and valleys, and it was said by travel brochures to resemble the Basque country. Devon agreed, saying it reminded him of the Pyrenees.

They traveled for about a half hour on a paved road that followed a winding river, which had carved a path through the wooded hills. There were fields and pastures on both sides of the road, except where the path through the hills narrowed, and then there was only the road and river. At times the hills seemed to approach the height of mountains, so Lena didn’t know what to call them, but whatever they were, they were amazing.

After one of the bends in the river they saw a sign at the edge of the road that said “Gihon River,” giving them a name for the river. At the time the name meant nothing to Lena, but later she understood its significance.

They slowed and turned onto a gravel road, just to see where it might lead them, and they followed it into a beautiful valley. Like the paved road, the gravel road followed a winding stream, which required a bridge whenever it swung to the other side of the road, and in the back of her mind Lena started counting the bridges.

Meanwhile, she gazed out the car window at the woods and the pastures, where occasionally a herd of black and white cows were grazing. The few houses all looked old, and they all had barns with rustic silos.

“Six,” she said as they drove across another bridge.

“Is there a lucky number?”

When they had crossed the seventh bridge there was a sign at the edge of the road that said: “Land for sale.”

“I think we should buy it,” Lena said.

“You’re crazy,” Devon said with affection. “You don’t know how much land it is, or how much they want for it.”

“Whatever it is, I feel it was meant to be.”

“You should talk,” she laughed, “you superstitious Mick.”

“Okay. Enough of the ethnic slurs. Are you serious about buying land here?”

“Well, I’ve never seen anything as beautiful as this valley. Have you?”

“Then back up, so I can get the phone number.”

He carefully backed up through the cloud of dust they had left behind them, and she wrote down the phone number on a pad from the glove compartment.

They continued along the road, which after about a half hour began to rise, and they followed it up to the top of a ridge, where they were in a different world. There were rolling fields of corn and soybeans that stretched as far as they could see. There was a paved road, and there was a new house at the end of a long driveway, as big as the houses the lumber barons had built in Winona. Dismayed, they turned back into the valley and retraced their way along the gravel road. They stopped at the for-sale sign, got out of the car, and looked around. In front of them was a meadow with blue flowers, which she later learned were bluebells.

Pointing across the meadow toward a hillside, she said: “We could build a house there.”

“We don’t know how to build a house,” Devon said.

“We could learn from my father.”

At that moment a car approached them, slowed down, and stopped. The driver rolled down his window and asked: “Are you in trouble?”

“No, we just stopped to look at the land here,” Lena told him.

“Do you know the owner?” Devon asked him.

“Yah, I know him. Are you thinking of buying it?”

“Do you know how many acres he has?”

“He has about two hundred acres in this parcel, and he has more in other parcels.” The man paused. “If you really are interested, I can recommend a lawyer who’ll help you deal with the old miser.”

“Does this valley have a name?” Lena asked the man.

She exchanged a look with Devon, who had said it looked like paradise.

“That used to be an appropriate name,” the man said. “But now I don’t know. There’re so many outsiders coming to live here. I mean no offense.”

“I understand,” Lena said. “But I promise we wouldn’t spoil it.”

Looking at her steadily, the man said: “I don’t believe you would. In fact, I believe you’d take good care of what we have here. But there are people who don’t give a damn about it.”

“You mean people who live in this valley?”

“No, people who live up on the ridge, though they don’t really live there. They only build big houses there to show how rich they are.”

“Do they harm the valley?”

“Yah, they do. We get the run-off from their fertilizers and pesticides, so gradually they’re poisoning us.”

She exchanged another look with Devon, who understood that if they bought the land they would have a worthy cause to fight for.