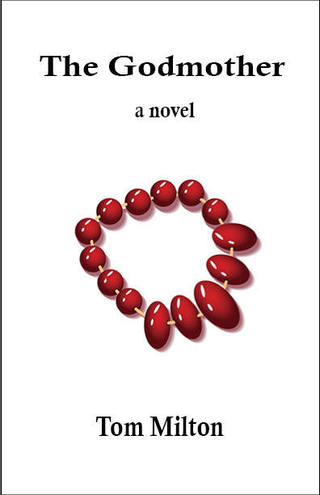 Gina Moretti begins to worry when her goddaughter, Marisol, doesn’t come home from work at the usual time and doesn’t respond to text messages. With help from the local police, Gina and her husband determine that Marisol, who was adopted by her brother and his wife but was abandoned by them four years ago, has been lured by someone she met on the internet who claims to know where her birth mother is, and her trail leads to the city with the highest murder rate in the world.

It wasn’t long after Marisol’s fourteenth birthday when Eileen called and invited Gina and Colman to a family conference in Sudbury. Eileen didn’t tell her the reason for it, and Gina had trepidations about it, imagining various scenarios that ranged from Ugo and Eileen getting a divorce to one of their children having leukemia. For some reason she never imagined what it was about, and when Eileen told her as they were sitting in the formal living room that was only used for guests, she realized that she should have seen it coming.

“We’ve decided to put Meredith in a foster home,” Eileen said with her eyes fixed on the coffee table, which displayed a book about Florence.

“We’ve done our best, but we can’t handle her. And she’s having a very bad influence on our own children at a critical time in their development.”

“If you don’t want her,” Gina said without hesitation, “we’ll take her.”

“You don’t know what you’d be getting into. You only see her when she visits you, and then she’s on her best behavior.”

“You’ve said that before,” Colman said, “and it was a crock of shit the first time.”

“There’s no need to use language like that,” Eileen said primly.

“You don’t seem to understand. This girl isn’t a kitten you adopted from an animal shelter, which you can return if you’re not happy with it. She’s a human being.”

“I know she is, but you have no idea what it’s like living with her every day.”

“And you have no idea,” Gina said, “what it was like living with Ugo when he was her age.”

“I was a model child,” Ugo said with a smirk.

“You were a spoiled brat. And you know what? When our mother, at her wit’s end, took you to a doctor and asked him what she should do with you, he advised her to put you on drugs, which of course as a responsible parent she wouldn’t do because she was afraid that they would affect your precious brain.”

“That’s a good story, but it didn’t happen.”

“It did happen. If you ask Leonora, she’ll confirm it.”

“Leonora always takes your side,” Ugo said, playing the victim.

“The point is,” Gina said, “you’re perfectly willing to do things to your child that your parents would never have done to you.”

“Legally, she is,” Colman said. “You adopted her, so you’re legally responsible for her.”

“The adoption was done in a banana republic,” Ugo said. “It’s not valid here.”

“You claimed you had legal authority to prevent us from getting a second opinion when you put her on drugs, and now you claim you have no legal responsibility?”

“We’re only trying to do what’s best for her,” Eileen said.

Colman shook his head. “You’re trying to do what’s best for you, not for her, and I don’t agree that she should go to a foster home. She should live with us.”

“But you have no experience with children.”

“You never had them,” Ugo said with a scornful look at Gina.

Hurt to the core, she retaliated. “I never had children because I devoted my life to our family. I took care of our father until he died, and I took care of you until you were married, so I never had a chance to go on dates. When I got married I was forty-seven, so how was I supposed to have children?”

“You could have gotten knocked up when you were younger.”

“Listen,” Colman said menacingly, “if you say one more thing like that, I’m going to tear your fucking head off.”

“She’s my sister. I can say anything I want to her.”

“No, you can’t. Not in my presence. You understand?”

Ugo made a face, with his lower lip curled over, but he didn’t say a word of protest.

“What’s best for the girl,” Gina said after a silence, “is to live with us. She knows us, and she’s used to us. And we’re family.”

“Now, when are we going to tell the girl what’s happening?” Colman asked.

“The sooner, the better,” Ugo muttered.

“You mean we should talk with her together?” Eileen asked as if she didn’t think it was a good idea.

“Of course we should,” Colman said. “We want her to get a unified message.”

“And the message is,” Gina said, “that we all agree that Marisol should live with us.”

“If they’re going to take her,” Eileen told him, “they can call her anything they want. We’re done with her.”

Eileen asked her adopted daughter to come upstairs and join them. The girl entered the living room as if she was expecting to be punished for something, and she stood mutely in front of the fireplace while Gina as the head of the family told her they had all agreed that she should live with her godmother and her uncle in Yonkers. Marisol seemed to understand that she didn’t have any choice in the matter, and her only comment was: “Okay.”